Riding the 'solar coaster': Tax credits could be extended as part of COVID-19 relief bill

Riding the 'solar coaster': Tax credits could be extended as part of COVID-19 relief bill London Gibson Indianapolis Star View Comments. Approaching next year, Indiana solar developers were bracing for a surge in business as Hoosiers scrambled to install solar panels before a federal tax credit could save them thousands of dollars disappears. 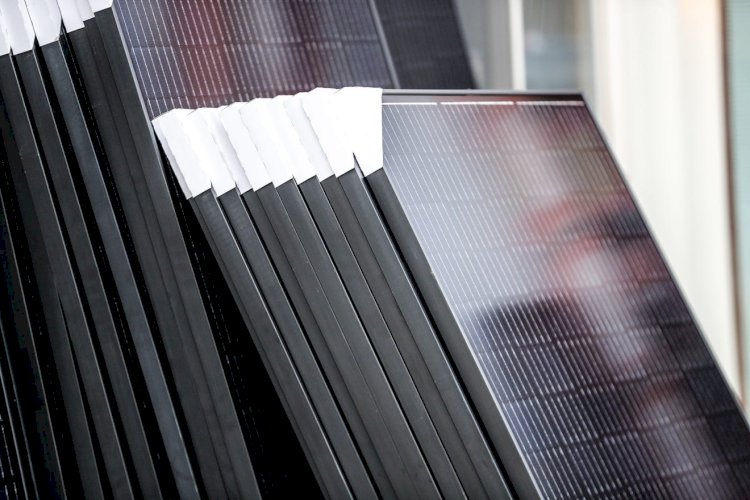 Then, Congress reached an agreement on a COVID-19 relief bill, and everything changed.

The aid bill, which may be voted on Monday, includes $900 billion in help for those struggling from the financial fallout of the pandemic. It also includes a two-year extension for the Solar Investment Tax Credit, which was supposed to phase out for homeowners by the end of next year.

The Solar Investment Tax Credit currently saves homeowners 26% of the cost of their solar installation. Solar panel installations often exceed $10,000 in Indiana, meaning the credit can cut the cost by more than $2,000.

Under the current phase-out plan, the credit would drop to 22% after Dec. 31 this year, and to 0% for homeowners by the end of next year. Businesses would still be able to take a 10% tax credit after that.

If this relief bill passes, however, it could mean two more years of a tax credit that advocates say makes clean energy more affordable and supports economic growth.

"The two-year solar tax credit extension will facilitate more demand for residential and commercial solar systems in our state which will, in turn, help to keep solar installers employed and possibly help to encourage solar companies to hire more installers," said Jesse Kharbanda, executive director of the Hoosier Environmental Council. "The solar tax credit extension is a pragmatic component of an overarching strategy to help the economy recover."

Congress is expected to vote on the stimulus bill Monday.

Surge in interest ahead of tax credit deadline

In the last few months, solar providers have seen their business surge, as Hoosiers dashed to get solar panels installed on their homes before the tax credit dropped. One business hired 12 new employees to help handle the rush. Another is in the process of opening a new location.

"The honest answer is, we've been surprised by the resilience of solar, and the significant growth we've seen this year, in the middle of a incredibly kind of tough pandemic," said Steve Ricketts, a co-owner and manager at Solar Energy Solutions. "We've seen people move more to solar in a pandemic year than a standard year."

Phil Teague, co-founder and CEO of Rectify Solar, said his company has seen more than a 50% boost in sales this year. He only expects the pace to increase, especially as some people working from home may be growing interested in energy independence.

"People want to have that certainty, of working from home, having power if the grid goes down," Teague said. "That's what has driven our company to do growth in sales this past year."

Solar panels at a rural property in Lebanon, Ind., Monday, Dec, 2020.
Most solar installers IndyStar spoke with were anticipating even stronger interest next year, as it was the last year homeowners could receive a tax credit on solar projects.

"When the tax credit disappears entirely for residential solar, I expect it's gonna make it unaffordable for a lot of people who were on the fence or could just barely afford it or are nervous about spending a lot of money, all at once," said Andrew Staffelbach,  general manager of Solar Energy Systems.

Scrub Hub:What is a green power program, and how can it help me buy renewable energy?

Your stories live here.
Fuel your hometown passion and plug into the stories that define it.
Create Account
If Congress' aid bill is passed, however, homeowners would have two more years to install panels at a lower cost.

"We're all kind of holding our breath until everything's finalized and signed," said Zach Schalk, Indiana program director for nonprofit Solar United Neighbors. "Assuming the deal is signed into law as we understand it ... we think that it will just continue to encourage homeowners and businesses to invest in solar and support the industry as it continues to grow."

Solar stocks boomed on Monday after Congress reached an agreement on the bill, which would include a $600 stimulus payment for most and a $300 weekly supplement for those unemployed. It would also provide financial support to renters, small businesses, schools and health care providers, as well as fund vaccine distribution.

Policy changes that uproot business are nothing new for solar providers.

"Do we refer to our industry as being the 'solar coaster?' Yeah," Ricketts said. "There's always political issues... There's always up and down."

One of those "ups" happened when the federal tax credit was first implemented in 2005. The credit was initially supposed to expire in 2007, but was extended a number of times until the multi-year phase out was established in 2015.

And one of the "downs" happened in 2017, when the Indiana General Assembly passed Senate Bill 309. The bill phased out net metering, an incentive that reimburses people for the power their solar panels generate into the electric grid.

The first stage of the net metering phase-out took place on Dec. 31 that year. If people installed their solar panels before then, they would be eligible to keep net metering for a longer period of time than those who installed panels in the second phase or after the cutoff in 2022.

"We haven't seen a rush like that before or since," Staffelbach said. "But every fall we get a rush, and the fact that the tax rate is going down every year is definitely increasing the rush."

Representatives from GRNE Solar, Branch Manager Kendall Ludwig, top left, and Installer Mike Dunn, right, and Tim Kehoe, below, install solar panels at a rural property in Lebanon Ind., Monday, Dec. 21, 2020.
Advocates for solar power say this is evidence that policy can determine whether or not someone purchases solar power, and that the credit should be reinstated or extended to promote clean energy and energy independence.

"It really underscores how policy can really be a driver of consumer behavior," said Kharbanda of the Hoosier Environmental Council. "I do think there's broad base interest in families wanting to reduce their environmental footprint."

Although Solar Energy Systems has seen a similar increase in business this fall, Staffelbach said he's anticipating at least some hit in residential installations after the residential tax credit ends.

But there's still quite a bit of business in commercial projects, he said. The price of solar, which has fallen by 82% in the last decade, makes the decision a no-brainer for most companies, especially considering they will still be able to get 10%  back from the tax credit.

"Even without a tax credit, it's still ... guaranteed investment, because they know it's going to decrease their power bills, there's no risk involved," Staffelbach said.

Kendall Ludwig, the Indiana branch manager for GRNE Solar, said he has seen increased interest from utilities and other organizations such as nonprofits looking for ways to cut costs.

"I don't think its going to slow down at all," Ludwig said, "just because these other markets are increasing."

Hope for an extension

Solar power is one of the fastest-growing job markets in the country, according to the U.S. Bureau of Labor Statistics, adding 51% more jobs from 2019 to 2020 alone.

Advocates point to this as evidence that extending the tax credit or repealing the net metering phase-out would only serve to boost jobs and the economy, especially as the pandemic leaves millions of people unemployed in its wake.

"Big-picture wise, the economy has never been as tough of a spot as since the 1930s. That there's a real case to extend the federal tax credit," Kharbanda said. "It will unequivocally help the industry carry out installations, which will translate into more jobs."

Representatives from GRNE Solar, Branch Manager Kendall Ludwig, top left, and Installer Mike Dunn, right, and Tim Kehoe, below, install solar panels at a rural property in Lebanon Ind., Monday, Dec. 21, 2020.
Advocacy groups, including the Hoosier Environmental Council and Solar United Neighbors, also plan to fight the Indiana net metering phase-out this upcoming legislative session. But this year may prove yet another challenge as legislators' attention is directed toward the ongoing COVID-19 pandemic and financial crisis.

Those who install solar panels after July 1, 2022 will not be eligible for full net metering credit.

"It seems like a huge missed opportunity for our state to continue down the path we're on," Schalk said. "We shouldn't be putting up new red tape, new headwinds in that market right at the time when we need as many jobs as we can get."

Energy:Here's what the Indiana Coal Council and other groups want for the state's energy future

The law that phased out net metering also required the Indiana Utility Regulatory Commission to establish a new, although lower, credit rate for extra energy generated from solar panels back into the grid. It also allows utilities to petition for net metering to end for their customers before July 2022.

Vectren was the first utility to petition the IURC for permission to end net metering sooner, on January 1, 2021.Their proposal has not yet been approved, and remains with the IURC. Other utilities have until March to file similar petitions.

Although expecting some headwinds in the coming years, all solar installers IndyStar spoke with said they weren't worried about the future of the industry in Indiana. The tax credit's drops and extensions are just part of a series of ups and downs experienced by the industry, Ricketts said.

"The decrease in cost is always going to be what drives this industry," Ricketts said, "and costs are going to continue to fall, fall and fall.