Several new solar projects are in the planning stage for the area near Pahrump Valley. 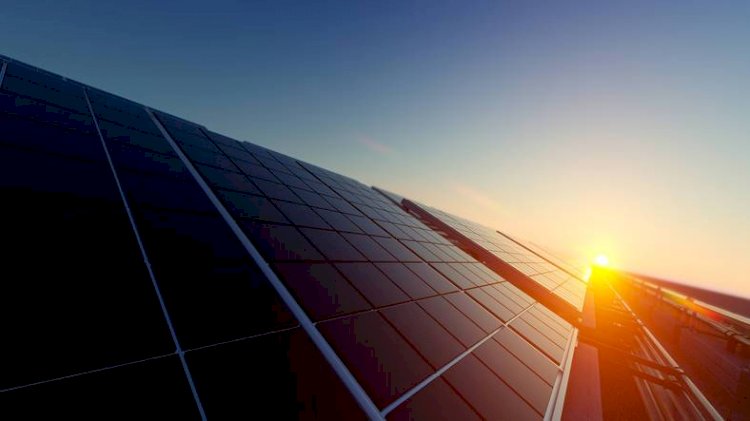 One of the applicants, Copper Solar LLC, filed an application for transportation and utility facilities with the Public Utilities Commission of Nevada on public land for a right-of-way for the construction, operation and decommissioning of a 700-megawatt photovoltaic solar project, a 700-megawatt capacity battery energy storage system, an approximately 4-mile 230-kilovolt generation-tie line, an on-site substation, and associated facilities, according to the documents.

The proposed Copper Rays Solar Project would be located immediately west of State Route 160 and approximately 8 miles southeast of Pahrump, according to the documents.

Laura Abram, director of project execution and public affairs at First Solar, the parent company of the proposed project, said that the area was selected due to its large size, flat topography, and relative lack of critical wildlife habitat.

“In addition, this location has access to nearby transmission lines, and has limited visibility from the surrounding community,” Abram said in an email.

The project does not currently have a Power Purchase Agreement (PPA) for the sale of the energy but Abram said that First Solar will be working to secure a PPA for the project. will interconnect into GridLiance West’s transmission system.

Some environmental groups voiced concerns that Copper Rays as well as several other proposed projects could industrialize the area around Tecopa Road near Pahrump and cause big environmental losses including some of the vegetation and impact to the desert tortoise.

Abram said that First Solar strives to develop its projects responsibly and takes care in understanding and mitigating potential impacts to wildlife, vegetation, and habitat.

“In fact, the site received a high priority from the BLM Southern Nevada District Office which evaluated BLM project applications to be processed based primarily on lowest environmental conflicts,” Abram said in an email.

Before construction, the project will conduct extensive surveys to determine the exact population of tortoise present on site, if any, and ensure that they are protected and not impacted by the project, Abram said. Through the BLM’s permitting process, impacts to the tortoise and other wildlife and vegetation will be analyzed and minimized to the greatest extent possible, she added.

The project will bring tax benefits to Nye County and create approximately 500-700 high-paying construction jobs and up to 5 long term full-time jobs during operations, Abram said.

“These jobs will support many other indirect jobs and industries in the Southern Nevada economy, such as lodging, restaurants, supplies, and more,” Abram said.

Three applications were ranked as high priority: Copper Rays and Rough Hat-Nye in the Pahrump Field Office and Rough Hat-Clark in the Las Vegas Field Office. All are proposed on public land near the recently approved Yellow Pine Solar Project.

“Applications have been submitted for these projects and we are working with the applicants to determine how and when we are going to start moving forward on processing their applications,” Cannon said.