Tesla has been offering its own solar power solution since the acquisition of SolarCity back in 2016. One of Elon Musk’s strategies when master-minding the acquisition was for Tesla to differentiate itself in the market with different products, which have become somewhat of commodities in the solar industry. 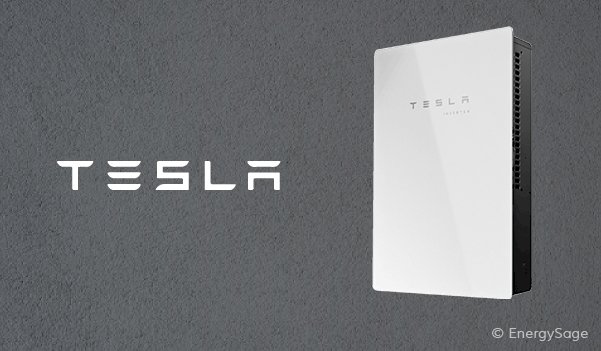 Tesla has been offering its own solar power solution since the acquisition of SolarCity back in 2016.

One of Elon Musk’s strategies when master-minding the acquisition was for Tesla to differentiate itself in the market with different products, which have become somewhat of commodities in the solar industry.

The automaker tried to make its own solar panels, but it didn’t work out.

However, Tesla has had success with its Powerwall, a home battery pack that matches well with a residential solar installation, and it is starting to have some success with its solar roof tiles.

Surprisingly, considering Tesla’s extensive expertise in power electronics in its electric vehicles, the company never had its own solar power inverter, an important part of a solar installation… until now.

The company describes its latest product from its energy division offering:

“Tesla Solar Inverter completes the Tesla home solar system, converting DC power from solar to AC power for home consumption. Tesla’s renowned expertise in power electronics has been combined with robust safety features and a simple installation process to produce an outstanding solar inverter that is compatible with both Solar Roof and traditional solar panels. Once installed, homeowners use the Tesla app to manage their solar system and monitor energy consumption, resulting in a truly unique ecosystem experience.”

Tesla lists some of the key features and specs of its new Solar Inverter:

This is an unsurprising development. The most surprising thing is that it didn’t happen before with Tesla’s extensive expertise in power electronics.

It should give Tesla greater control over the overall system design and monitoring.

However, the specs are noting ground-breaking.

Prior to having its own solar inverter, Tesla has been known to use Delta and SolarEdge inverters.

Many argue that the most important feature of a solar inverter is its efficiency and at 97.5%, it’s a bit better than Delta’s 97% but not as good as SolarEdge’s 99% efficiency.

That said, there are some nice of features to the Tesla Solar Inverter, like 4 point trackers, which can be useful if your solar modules are coming from different strings on different parts of your roof – something that can be very likely with a solar roof tile installation.

Another great thing about the Tesla Solar Inverter is the over-the-air update capability, which means the company could improve on the product’s software over time.

Finally, the greatest advantage (although it’s uncertain) is potentially the cost. Tesla could potentially be able to achieve a better cost than the competition by leveraging its already large power electronic production capacity for its electric vehicles and charging stations!

Clean energy is part of recovery