The global COVID-19 pandemic had an enormous impact on many global industries, but it was a period of growth for the renewable sector. This is set to extend into 2021 with solar set to have its biggest year to date with individuals, businesses and government lining up to join the renewables revolution. 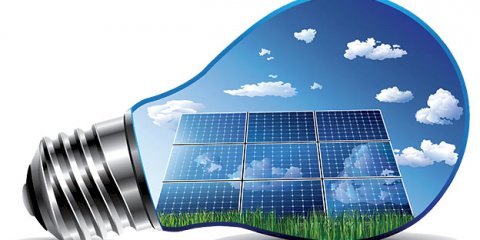 The global COVID-19 pandemic had an enormous impact on many global industries, but it was a period of growth for the renewable sector. This is set to extend into 2021 with solar set to have its biggest year to date with individuals, businesses and government lining up to join the renewables revolution.

Globally, there was plenty of good news when it came to renewables in 2020. The world’s largest polluter and producer of carbon in China came to the table and agreed to reach carbon neutrality by 2060. Meanwhile, India is now known as the world’s second-largest producer of emissions. However, the country had an enormous year when it comes to solar, producing 26 per cent more electricity from solar compared to the previous year, including a 114 per cent increase from Q2 to Q3 alone.

Then when we arrived at another large-scale emissions producer in the United States, we saw Joe Biden topple President Donald Trump and bring to the table his Plan for a Clean Energy Revolution and Environmental Justice.

The renewable wins weren’t isolated to the bigs guns either. Australia had some significant victories with as many panels installed in the first nine months of the year as installed in the entire previous year. It was a rise of 40 per cent, and that number is expected to keep surging.

There is plenty more room for growth and with the figures improving exponentially every year, 2021 is predicted to be a massive year for several reasons.
Firstly, the advent of affordable battery solutions has been a gamechanger for solar adoption. Now there are no gaps in supply when the weather turns sour, as devices like the Tesla Powerwall can bank up power and provide it when the sun isn’t shining.

Another aspect is the expected rise of electric vehicles in 2021 and beyond. As more and more homes purchase electric cars, they will want power systems at home capable of charging them and powering the entire household. Panels not only align with electric vehicles in terms of sustainability but allow you to harvest the power from the sun to charge your car and supply your home with electricity.

The last significant change can be the biggest of them, with Australia addressing how it integrates distributed energy into power grids. On two occasions in 2020, South Australia’s network provided enough energy to power the entire state. This is expected to occur more often in 2021 and across more states and territories.

The entire way electricity is distributed is set to change, with solar panels and batteries to become a more structured part of energy grids and more strategy involved to ensure that distributed energy from solar is getting to regions that need it the most. It could mean the most significant and most crucial year for solar to date.